William “ Frosty” Comer (’68) holds an undergraduate degree in biology from Willamette University. In 1968, he received a B.A. and B.S., in Pharmacy, from OSU. In 1978, Frosty received a M.S. in hospital pharmacy administration from OSU.

In the 1980s, he played a major role in helping create the nations first in-patient hospice facility, Hopewell House, in Portland. It was a controversial decision because hospice was not normally delivered at home. Also, patients suffering from the affects of AIDS were admitted.

Frosty is known for his visionary leadership in pharmacy and health care as vice president of federal health services for Coram Healthcare. He has been responsible for making home health accessible to thousands of seriously ill patients, especially military personnel, their dependents, and veterans. Frosty, a retired Army Colonel, spent part of his military career as the chief of pharmacy for the Army’s General Hospital in Stuggart, Germany during Desert Shield/Desert Storm.

His community service has been exemplary. He has served on the board of directors for the American Red Cross, Pacific Northwest Chapter, Oregon Legislative task force on pain and symptom management, and treasurer of the Oregon Health Forum. Frosty has served as a College Pharmacy assistant/adjunct faculty member and serves on the college’s advisory council.With all his service to the profession, it was no surprise Frosty was named Pharmacist of the Year, in 1989 and has been presented with the E.B. Lemon Award from the Oregon State University Alumni Association. 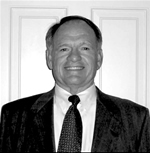 Steve is retired president and CEO of Longs Drug Stores. He joined the company as an intern in 1964 and held increasingly responsible positions within the company, including store manager, pharmacy manager, manager of marketing operations, and vice president of pharmacy. He was named president in 1991 and chief executive officer in 2000. Steve is credited with moving Longs into e-commerce, by establishing the company’s first email prescription refill system. He retired in 2002.

He is now associated with Encore Associates, a San Ramon, California strategic consulting firm for the food and consumer products industry, utilizing the experience of retired executives from those fields. Steve serves on the Encore board of directors.

Steve’s community and nonprofit involvements have included serving as the chair of the Food and Drug Industry Program with the City of Hope. He is a board member and past president of the California Symphony (Walnut Creek), and is the team leader for the United Methodist Volunteers in Mission. He is an active alumnus serving as a trustee at the OSU Foundation and as a member of the College of Pharmacy Advisory Council. He also has sponsored pharmacy students to travel with him to Guatemala on a medical mission trip.

Throughout his career, Steve has been honored with multiple awards including being named Retailer of the Year though Drug Store News, College of Pharmacy Alumnus of the Year, and he’s been named an OSU Fellow. Steve is an inductee of the retail hall of fame for the San Francisco Sales Managers Club.

Steve and his wife, Jane, live in Alamo, California. They have two sons Dave and Bob. And 3 wonderful grandchildren. have two sons

Darrel Purkerson (’63) was born in Eugene, OR where he was raised on a farm west of Junction City, Oregon. He went on to attend Oregon State College, with his brother, and later graduated from the newly renamed Oregon Sate University. Darrel took a year off from school to work then at the suggestion of a friend; he returned to college and majored in pharmacy.

Darrel’s last year of college, he met a wonderful lady, Helen, whom he has been married to ever since. Upon graduation, he worked at an independent pharmacy, Economy Drug, in Hillsboro, Oregon for 3 years. Upon moving back to Eugene, he worked for Tiffany Drug and then Eugene Hospital and Clinic for 2 years. In his spare time, he did some relief work at various independent pharmacies. Darrel and Helen had to children, David and Dana, both of whom are OSU graduates. The family moved to St Helens, Oregon, in 1968, so Darrel could manage an independent pharmacy. Three years later he built his store in St. Helens later expanding into a larger facility.

His career inspired him to volunteer with different organizations at both state and local levels. Darrel also found it important to encourage local students to go to college. So he started employing high school students at his pharmacy. Helen raised the children and they both grew up behind the pharmacy counter because mom was chief cook, accountant, pharmacy tech, and girl Friday. Darrel spent hours in the community on various boards when time allowed. Relaxation came through attending Pharmacy meetings, conventions, hunting, fishing and spending extra time traveling with the family.

Today he is working on four different boards and trying to find time to travel, hunt, fish and spend time with family including 3 grandchildren.