Coast to Coast- Showcasing a Variety of Alumni Across the Nation 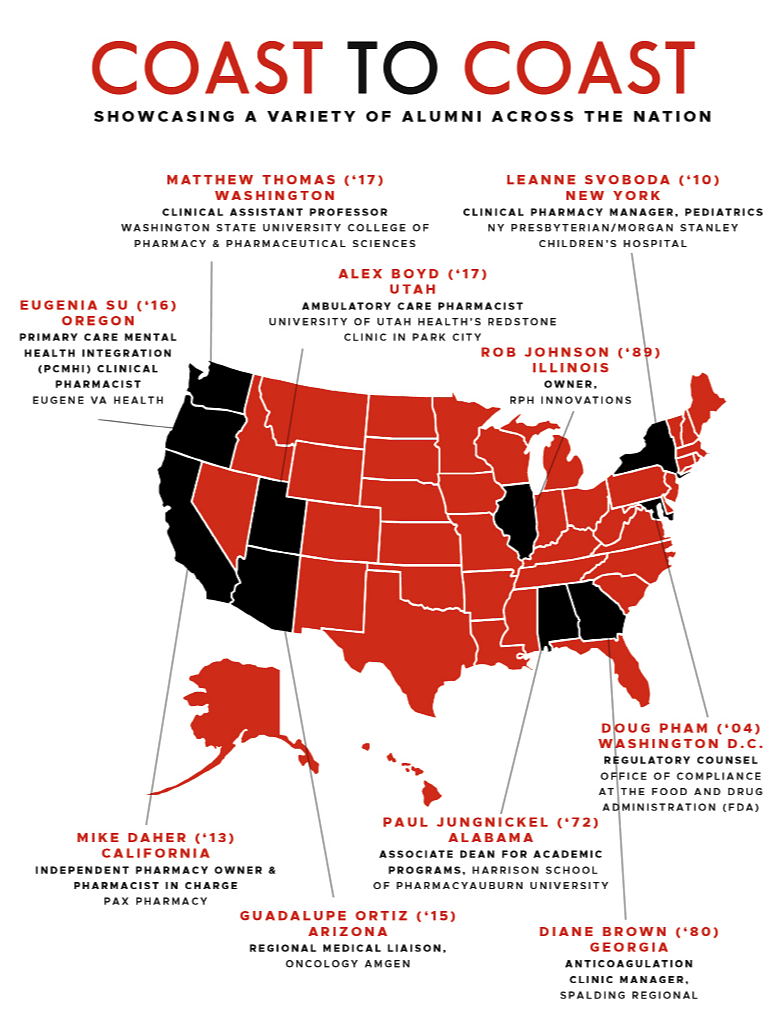 After graduating from OSU College of Pharmacy, Michel Daher (‘13) completed an ambulatory care residency with Old Town Clinic in downtown Portland, OR. Here he operated and managed a diabetes clinic where they monitored hypertension, hyperlipidemia, immunization therapy and heart failure. Michel decided to move to Southern California after completing his residency and open Pax Pharmacy.

After the pharmacy opened, he was named adjunct faculty in the division of Pharmacy Practice at Marshall B. Ketchum University. Here he teaches first year pharmacy students. Michel was elected to the Board of Directors for the San Gabriel Valley Pharmacist Association. He was the 14th pharmacist in the state of California to be granted the APH License, which recognizes him to have provider status in the state. Michel helped arrange for this unique license to be granted to pharmacists and has a panel of patients who he manages under the supervision of a doctor. He hopes to represent pharmacists at a national level moving forward. 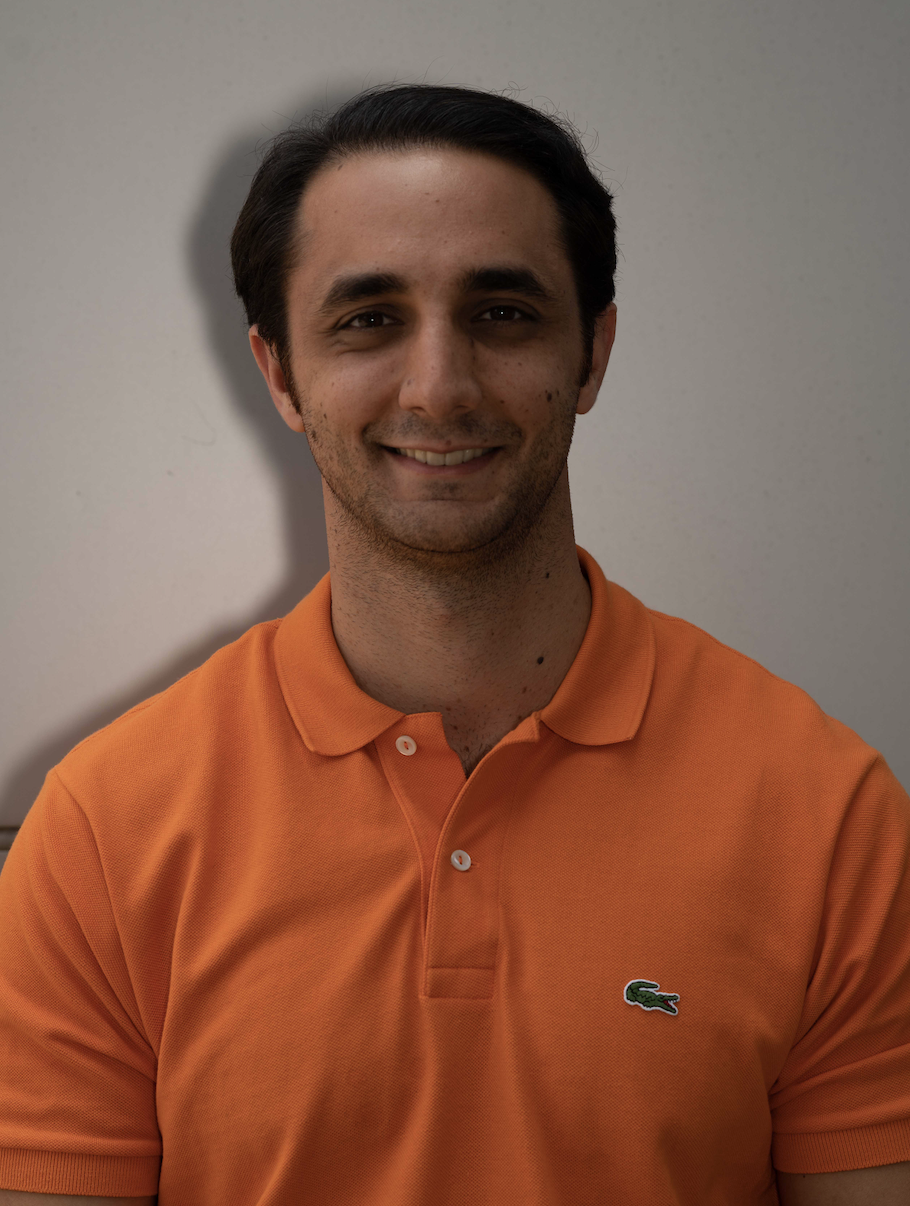 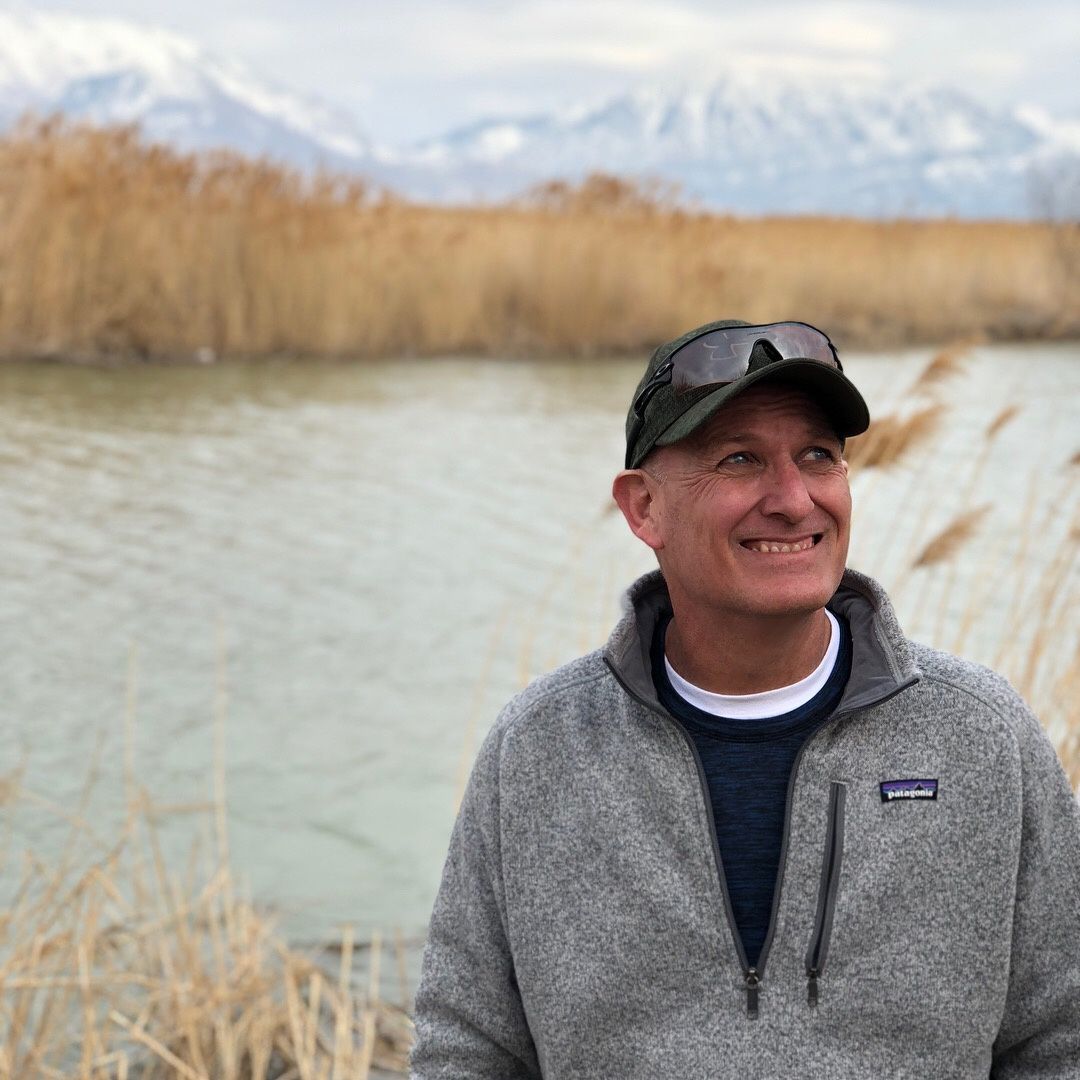 After completing his pharmacy degree, Robert Johnson (’89), joined the Public Health Service and was assigned to the Navajo Reservation. Practicing pharmacy in the IHS on the reservation gave Rob an appreciation of the needs of medically underserved populations and how to maximize healthcare value with limited resources. While on the reservation, Rob met his wife Kathy. A year later he left the IHS and moved to Chicago, Kathy’s hometown.

In Chicago, Rob took a job with Caremark as a home infusion pharmacist. It was a new industry and very innovative. The job provided exposure to medical billing, specialty pharmacy, and various facets of business operations such as large-scale production and logistics. As time went on, Rob learned that his passions were more aligned with the business side of pharmacy than clinical pharmacy. He moved into an account management role and eventually transferred to Caremark PBM as a Clinic Account Manager. In this capacity, he was responsible for delivering cost-saving ideas and solutions to Caremark’s managed care clients. Eventually, Rob left Caremark for an opportunity to work for SXC Health Solutions, a prescription claims processor. At the time SXC processed about 25% of all US prescriptions. While there he had the opportunity to learn the e-commerce side of pharmacy and the importance of data analysis.

Eventually, he and Kathy felt that his skills could best be used “fixing problems” in the pharmacy industry. After struggling to find a company that aligned with his approach, in 2011 Rob and Kathy founded RPh Innovations. He currently serves as President of RPh Innovations LLC (RPHI). RPHI provides 340B support services to 340B Covered Entities, typically rural hospitals and clinics. They feel very fortunate to have the opportunity to use their pharmacy skills and knowledge in a way that creates over $35M in annual economic value for rural communities while at the same time improving prescription affordability for thousands of people.

Rob believes the factors with the greatest impact on his career are most importantly the support of his wife and family, learning from great mentors and colleagues, sitting next to the smart people during his time at Oregon State, a passion for continual learning, being open to new opportunities,  and hard work.

Paul’s pharmacy journey began Fall of 1967 when he enrolled in the College of Pharmacy. A major highlight from his time at OSU was watching the Beaver football team defeat USC 3-0. During his final year at Oregon State, he enrolled in an advanced hospital pharmacy sequence. This opportunity allowed him to visit numerous hospitals in both Oregon and southwest Washington. This course shaped his career pathway after graduation. Paul continued on to University of Kansas Medical Center where he completed a Master of Science and residency program both in Hospital Pharmacy.

Paul’s advice to students is to “regularly engage in professional development including education programs and reading professional journals and to join and become engaged in one or more professional organizations”. His career path was far different than what he thought it would be when he graduated from the College in 1972 but he is thankful for the ability to help students be successful while in pharmacy school and as they prepare for their future careers. 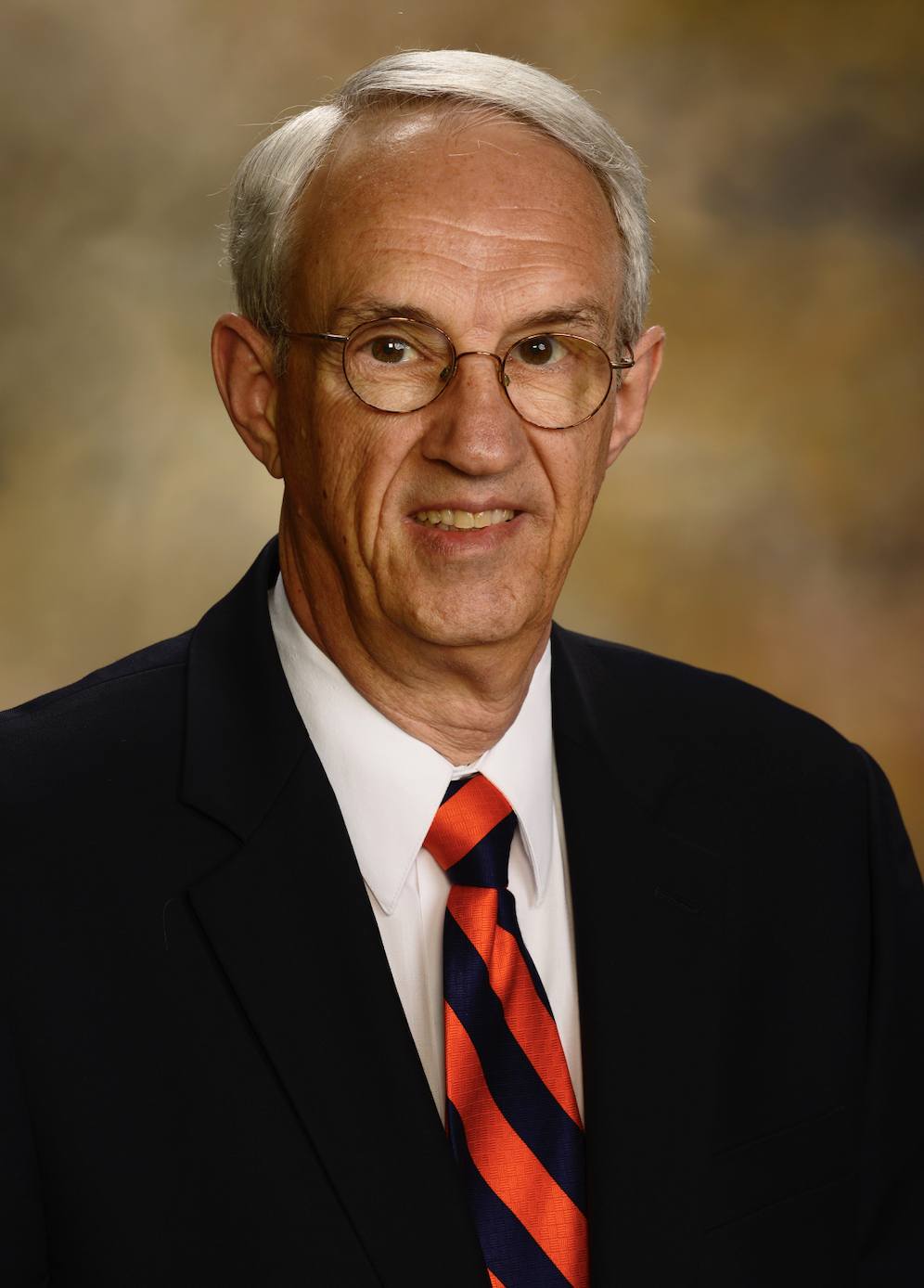 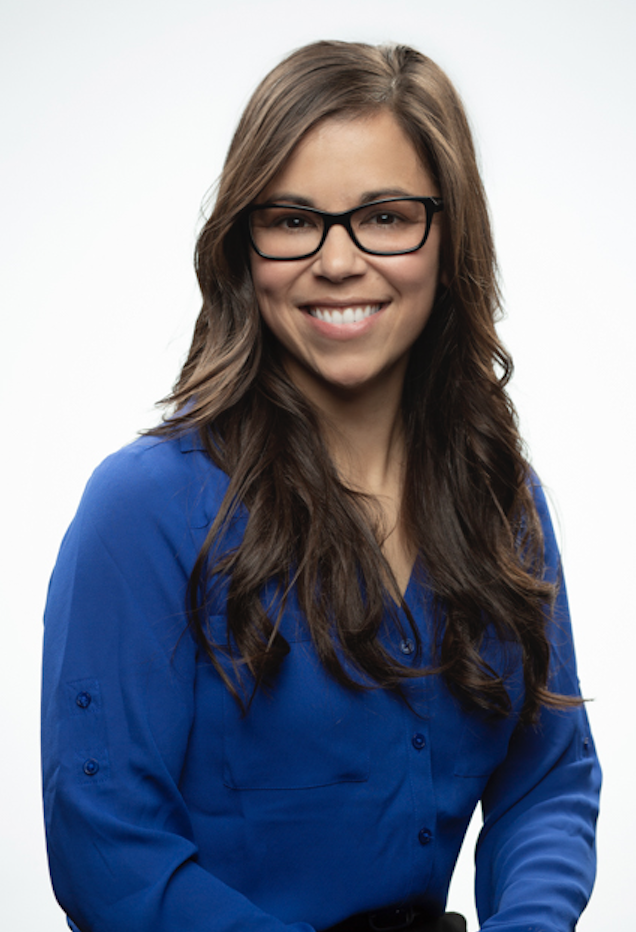 During her P4 rotations, Guadalupe Ortiz ('15) was exposed to both pediatrics and research. Many of her rotations were spent at OHSU Doernbecher Children's Hospital and Phoenix Children's Hospital training with talented preceptors. After graduation, she accepted a PGY-1 residency at the Children's Hospital and Medical Center of Omaha. During that time, she had the amazing opportunity to travel to La Paz, Mexico and assist the Cardiothoracic surgery team in developing and training their nursing staff with regards to pediatric administration of inotropes and vasopressors.

Following her residency, she was hired as a clinical staff pharmacist at Phoenix Children’s Hospital. Here she developed her critical care skills within the Intensive Care Unit and Emergency Department, responding to various codes and traumas. Guadalupe’s time spent in the ICU and the ED was instrumental to her clinical training, but when she learned of a position within the Compliance Department, she decided to pursue the opportunity and further develop her skills. Being a Compliance Specialist, she worked closely with the FDA and local DEA office to ensure the institution was compliantly following and implementing protocols and procedures as it relates to drug management and supply chain processing.

All of these opportunities in combination allowed Guadalupe to pursue her current role within the pharmaceutical industry as an Oncology Regional Medical Liaison. Within this role, she interacts with providers across multiple states and institutions, but also assists institutions in developing clinical trials where they can provide innovative oncology treatment options to patients.

Guadalupe says, “This journey would most certainly have not been possible had it not been for the training and education I received at OSU I will forever be grateful for the professors and preceptors whose training and guidance provided me with the foundation to pursue such amazing opportunities and continues to prove instrumental in my career development and growth.”

Regulatory Counsel, Office of Compliance at the FDA

Doug Pham, PharmD (04), J.D., currently serves a Regulatory Counsel in the Office of Compliance at the Food and Drug Administration (FDA) and oversees all the enforcement actions stemming from fraudulent and non-compliant conduct in pre-market drug development and post-market surveillance.  Doug has served in a variety of roles including as a Division Director and Branch Chief as well as the lead in managing several high-profile enforcement matters on behalf of the Agency.

Despite such a divergent career path, Doug considers both his years at Oregon State School of Pharmacy and practicing as a clinical pharmacist at Providence Portland Medical Center to be one of the driving forces for why he made the change.  Whether it was with our healthcare system or how we practice pharmacy, he saw the need for changes and needed a platform to get involved and make an impact.  This need led him to attend the University of Oregon School of Law where he launched into a variety of areas including patent law and managed care.  Fortunately, Doug was offered a wonderful opportunity with the FDA where could he draw from both his legal and pharmacy background.  After 10 years with the FDA, Doug continues to enjoy making an impact every single day. 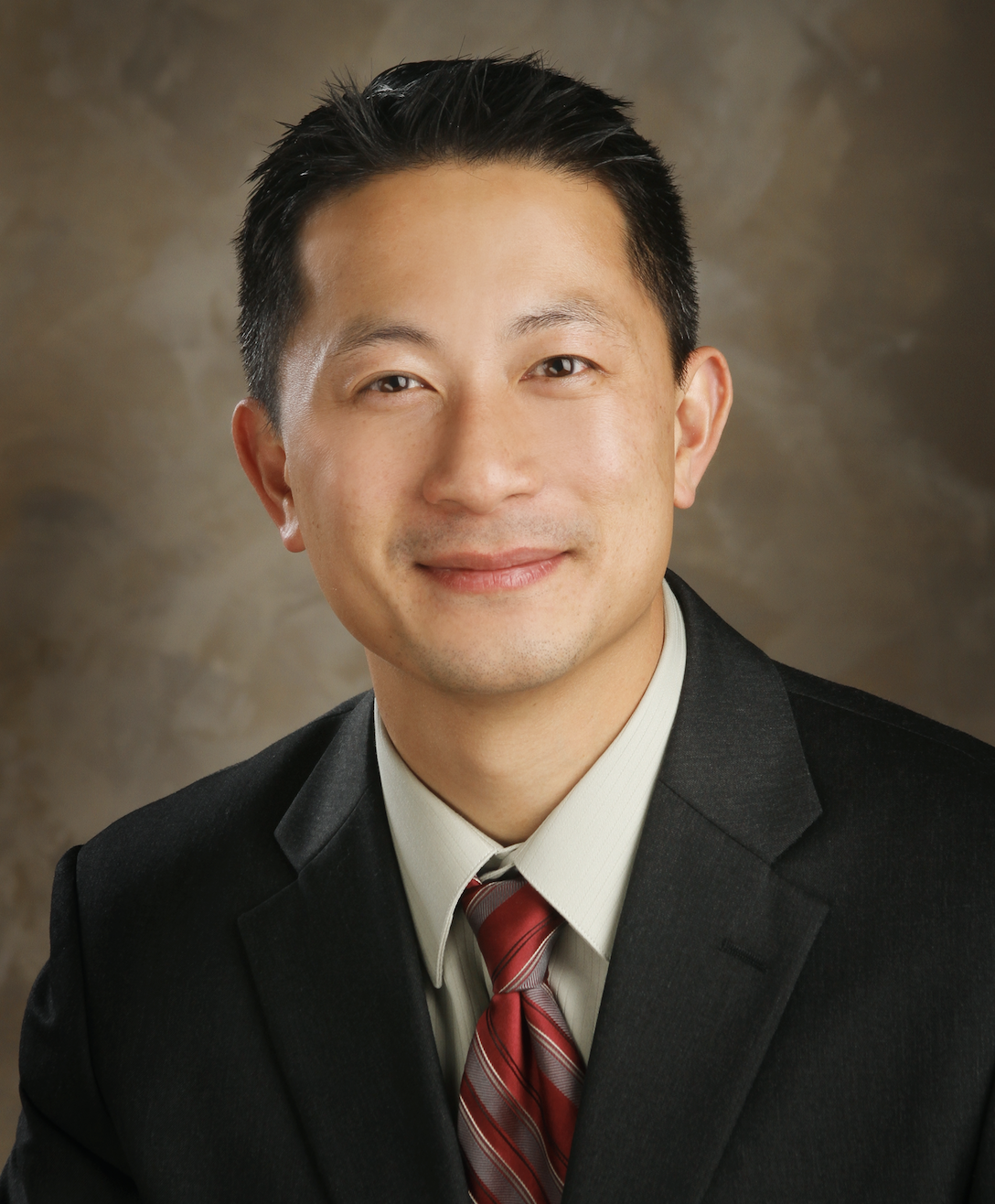 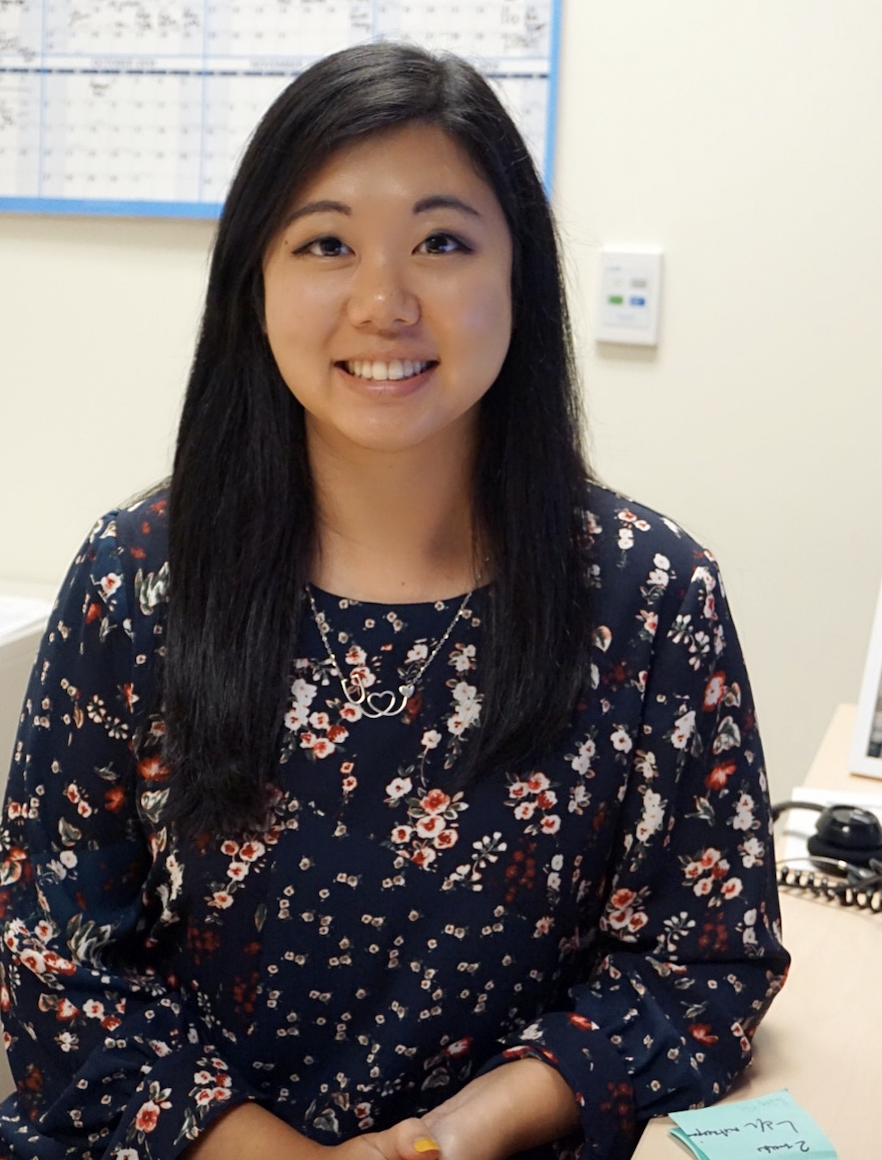 A year ago, Eugenia accepted her current position as a Primary Care Mental Health Integration clinical pharmacist for the Eugene VA Health Care Center. Within the VA, she sees patients on a one on one basis for ~30-minute appointments and can prescribe or adjust any medications for treatment. Most patients come from a primary care provider referral when patients are expressing concern in their mental health. Eugenia works with a team of social workers, psychiatrists, and a nurse to provide talk therapy and medication treatment. Since starting her position, she has had over 1,000 scheduled face to face patient interactions, excluding pop-in consults with other health care providers and phone appointments.

Eugenia has found, with every interaction, she learns something new every day. The best part of her job is seeing the significant improvement in quality of life each patient expresses after each appointment.

Eugenia says, “My advice to any pharmacy student is to take what you read on social media about the negativity in the pharmacy world with a grain of salt. Just like any profession, there are good job opportunities and there are less desirable ones. Cast your net with an open mind towards a diverse range of options within the field of pharmacy and choose which one is most rewarding for you.”

After graduation, Mathew Thomas (’17), completed a PGY-1 pharmacy practice residency at the Portland VA Medical Center and a PGY-2 ambulatory care and academia residency at St. Louis College of Pharmacy and St. Louis Country Department of Public Health. His work in St. Louis was centered around opioid-use disorder. Matthew created a collaborative practice agreement for pharmacists to be highly involved in buprenorphine induction for medication-assisted treatment at the county.

Following his residencies, Mathew is now a Clinical Assistant Professor in the Pharmacotherapy Department for Washington State University’s College of Pharmacy and Pharmaceutical Sciences. He is based out of the Yakima extension of the College which is located on the PNWU campus in Yakima. He also is a Clinical Pharmacist at the Virginia Mason Memorial Hospital in Yakima, WA. There Mathew works as part of an interdisciplinary team. His teaching responsibility will primarily be experiential, and he expects to have fourth-year WSU pharmacy students on APPE rotations throughout the year. 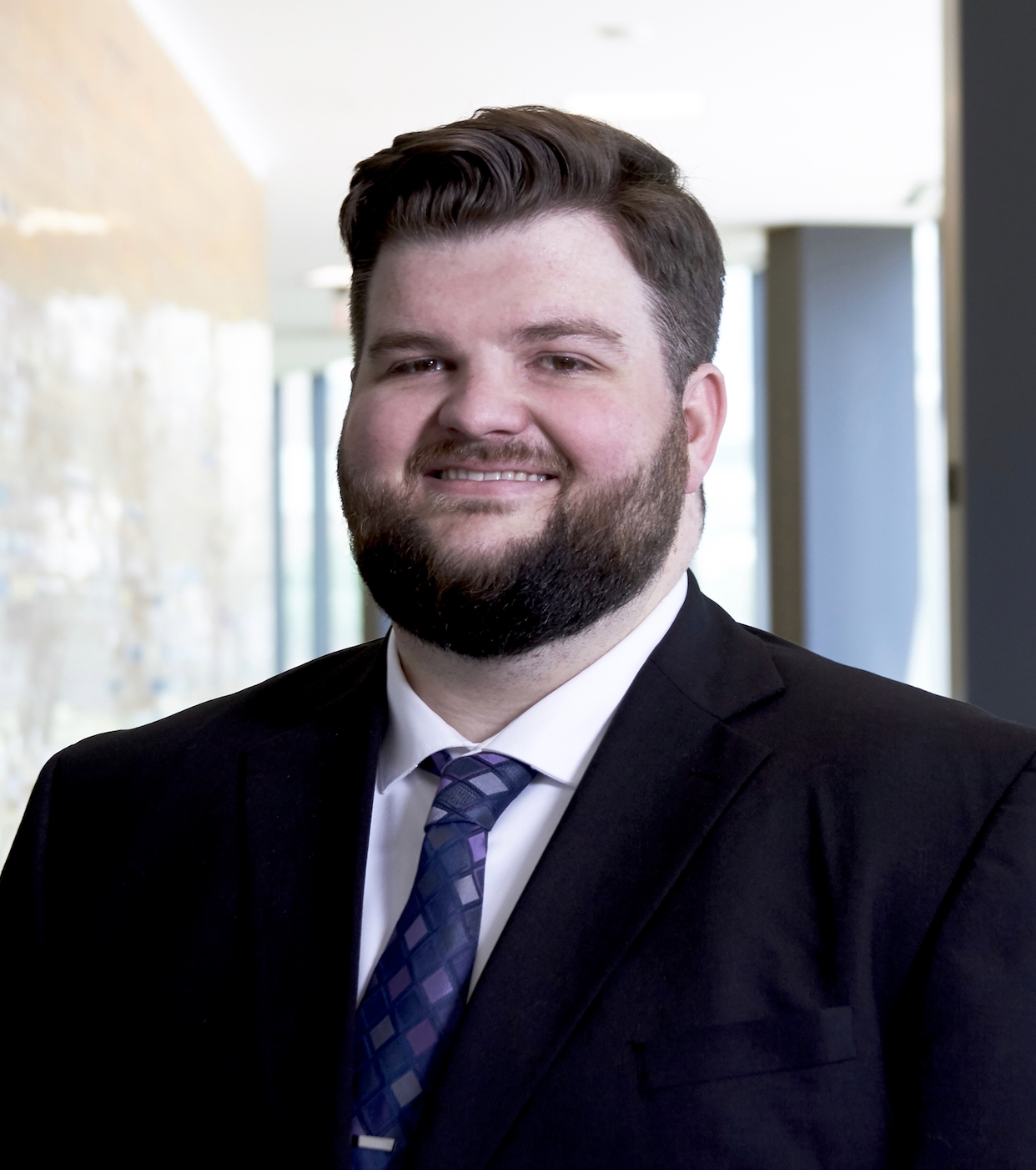